Contemporary debates on trade and development strongly suggest the need for integrating economies in global value chains (GVCs) as an effective means for harnessing development through trade. However, Africa, more so sub-Saharan African countries remain trapped at the lower end of GVCs contributing raw materials and basic value addition.

This situation calls for actions to catapult the region into higher end GVCs which would include, inter alia, country’s identifying their strengths and priority sectors, implementing requisite policies to promote such sectors, dealing with the challenges therein, and ensuring sustainability. It is in this context that the EAC Geneva Forum met to discuss stakeholder perspectives on integrating the EAC their respective priority sector(s) in the Global Value Chains (GVCs), as well as an issue note on “Effective participation of developing countries and LDCs in Global Value Chains”.

Country Update Notes developed by national partners in the region, on subject were disseminated during the forum, as well as the aforementioned issue note.

Stakeholder perspectives from EAC countries identified sectors that should be prioritised for integration in GVCs as follows: Burundi – agriculture; Kenya and Tanzania – textile and apparels; Rwanda – Tourism; and Uganda – leather.The main issues identified with regard to respective priority sectors were the following:

With regard to the issue note, the highlight was the success story of Cambodia that has successfully integrated their small and medium size enterprises in the none-motorized vehicle industry into GVCs, and effectively utilized market access opportunities such as EUs everything but arms (EBA). Some lessons were drawn from their experience that could be replicated in EAC.

Delegates present expressed their appreciation for both the country update notes and issue note. They found the notes were very informative and of substantively high quality. It was observed that to successfully integrate priority sectors in GVCs there is need for respective government’s intervention as has been the case in Cambodia where trade promotion organizations have done a tremendous job.

In the multilateral trading system, the challenge is to understand why developing countries’ and especially LDCs have not been integrated in GVCs despite MFN as well as preferential treatment extended to them. There’s need to approach the debate around GVCs with caution, since setting multilateral disciplines in this regard may further hinder developing and LDCs from being integrated in the GVCs. It was further observed that most of the challenges highlighted required addressing at the domestic level, which would include dealing with technology, a critical necessity for participation in GVCs. These issues were also recently considered during the WTO committee on trade and development meeting of July 2016, which deliberated on how trade could be effectively used as tool for development. The main issues were: how to use trade related measure to spur development; how to use subsidies; and safeguards as some of the means to spur development. All in all there would be need for bottom – up approach for GVCs to be effectively harnessed by developing countries and LDC.

Delegates specifically noted the lacuna between concessions and favourable decisions attained for developing countries and LDCs, and their utilization at national and regional level. An example was the recent Bali and Nairobi WTO Ministerial decisions on several aspects such as rules of origin that are still not well understood by the players in the EAC. A request was made that CUTS should consider this line of work by undertaking an initiative on awareness raising, capacity building, and advocacy of these important decisions, to ensure utilization.

A number of issues were suggested for the next EAC forum, these include: Special and Deferential Treatment, way forward after last WTO Ministerial Conference where no result was attained; issue of differentiation at the WTO; the monitoring mechanism as championed by ACP group (alternative approaches on way forward). It was agreed that further consultations will be made amongst Delegates to agree on the specific issue for the next meeting. 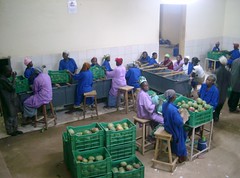