The cotton, textile and apparel (CTA) sector has been prioritised in East Africa for its promising development potential. Yet, only 15% of the cotton produced is processed within the region and the rest is exported to other developing and developed countries for processing into textile and apparels.

At this meeting, East African negotiators to the WTO reflected on the trade challenges faced by CTA value chains in their region, based on updates from stakeholders on the ground.

Country Update Notes developed by national partners in the region, on subject were disseminated during the forum. In addition an issue note on the CTA sector, a value chain analysis and trade concerns was also shared with Delegates; these include a regional SWOT analysis which provides some general recommendations to policy makers and Geneva Ambassadors on the way forward.

Major Issues from the Stakeholders

There was consensus among the stakeholders that the CTA sector is important in the EAC region for poverty alleviation, and has potential for increased food security, farmers’ income and employment. There’s also potential for the sector to contribute significantly to the region’s GDP, through increased exports and thereby improving the trade balance as well. Industrial and rural development is foreseen if the CTA sector is effectively integrated in GVCs.

Nevertheless, currently production of textiles and apparels is not sufficient to supply the local market in the five EAC partner states, so they import new and used clothes in order to meet the domestic demand, which has in turn discouraged development of the CTA sector in the region. The EAC economies are not self-sufficient along the value chain and they are not competitive at the international level. There’s need for capacity, infrastructure, innovation and institutional development initiatives in order to integrate the region in CTA GVCs. There’s also need to develop R&D and innovation to produce organic cotton. Focused actions are required to foster value chain competitiveness in the region by ensuring value addition. However at the multilateral level, the issue of trade distorting subsidies in the cotton sector will have to be addressed, if the region is to become competitive, this calls for persistent demand for disciplines in this sector.

The members appreciated the fact that they are on the same page with the stakeholders’ views on how to improve the CTA sector in the EAC and concurred that there are common challenges and goals. They mentioned the fact that they already have market access preferences (AGOA in the USA and EBA in the EU) and that there’s need for proper utilisation of such opportunities so as to contribute effectively in the region’s growth. They observed that challenges affecting EAC’s international and regional competitiveness include: subsidies, second hand clothes, lack of modern machinery and industrialization, issues of contract farming which require control and support from government. Another concern was that cotton produced in the region is not being processed domestically, hence not benefiting from the value addition. Ideally CTA value chain should be strengthened regionally rather than domestically to be more competitive at the international and regional levels.

The members called for a deeper study on “Global Value Chains” and how the EAC could strategically integrate its CTA sector. Given that current discourse on trade and development is closely associated with GVCs, it was decided that the next forum meeting could further delve on the same subject. 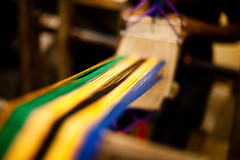