After a quick opening by CUTS International Geneva on the methodology used for developing the country update notes and the issue note (a compilation of the main findings and outcomes at national level into a “regional note”), the floor was then opened to country partners to present some of the substantive points of their respective country update note on tourism.

Some challenges/needs, along with opportunities, were presented. First, the infrastructural challenges were pointed out in all countries. Those have been worsened by climate change effects leading to roads’ destruction, biodiversity change that is often the main tourist attraction, for instance. Another challenge mentioned by several partners is the lack of appropriately trained staff (i.e. lack of training for people involved in tourism value chains, language barrier, ...). Finally, the lack of sufficient investment/funding for the sector depicted for Uganda in 2018/2019, where the tourism sector got the least amount of money at UGX 118.3bn (US$ 8,532,000), which was a mere 0.1% of the total budget. This challenge is also coupled with lack of knowledge on current policy frameworks and strategies in the place mentioned in some countries such as Burundi, Rwanda and Tanzania.

Tourism is, however, a sector that presents a lot of development opportunities, and expected to keep growing in all EAC countries in the years to come. It is the case for instance in Rwanda wherein 2016, its total revenue was at 404m dollars and major international hotel chains such as the Marriot, Radisson blue, Park Inn by Radisson, Serena and Golden Tulip among others are now setting up in Kigali.

Intra-regional and domestic tourism is an untapped opportunity in most of the EAC countries, except Kenya (2001 Tourism Act,) which could share its good practices/successful experience on that front with other members. Regional tourism’s development can be supported through the generalization of a single visa for East Africa, the branding of a collective EAC tourism and investment promotion at the regional level.

The challenges mentioned by partners such as infrastructural issues, limited knowledge and skills, lack of awareness on WTO/UNFCCC and other tourism-related frameworks/strategies, were also reemphasized by CUTS when presenting the issue note. CUTS then opened the floor for comments/remarks on what can be done at WTO (negotiations on services, disciplines on competition/regulation for tourism...) & UNFCCC (through NDCs, technology transfer, funding...).

Some negotiators were appreciative of how the issues of climate change and trade were bought together in the notes, as the growth of tourism relies on both the natural and economic environment of the EAC countries, how to allow tourism growth without affecting the ecosystem in an unsustainable way. The need to look at what is happening at the national and regional level, focusing on 2/3 tourism-related sectors to be promoted/supported (for instance the 5-star hotels, the domestic tourism...), was emphasized by a couple of forum participants. Many also recognized that most of the remaining challenges in the region seem to be common, and there might byways to attract tourists as well as foreign investments in the region, through capacity building (including on environmental restoration), construction of high-standard infrastructures, promotion of domestic tourism, technology transfer etc.

The meeting was then closed, and it was mentioned that the last joint forum under the PACT EAC2 Project will take place on the side-lines of the next and last Regional Annual Meeting in September 2019. 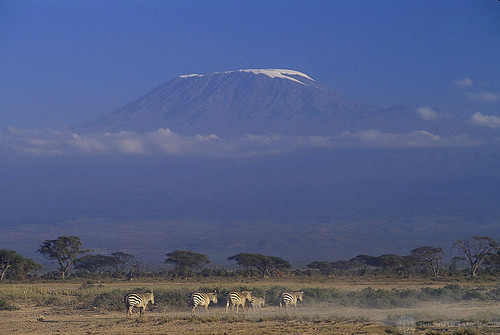