The World Trade Organization’s (WTO’s) highest decision making body, the Ministerial Conference meets bi annually with the next conference scheduled to take place in Buenos Aires – Argentina in December 2017. At this meeting, East African WTO delegates considered views from stakeholders in the region, on what priorities should be at the forefront of deliberations in the forthcoming Ministerial Conference.

The Conference has the mandate to make decisions on issues under the multilateral trading system, which it exercises in confluence with members agreed positions arrived at through negotiations. Presently there are several issues being negotiated and considered for decisions in the forthcoming conference: these range from agriculture (including the need to address domestic subsidies; the cotton issue; a permanent solution to public stock holding for food security, market access through tariff simplification, etc.); Services (the issue of domestic regulations amongst others); Special and Differential Treatment for developing countries and Least Developed Countries (LDCs); addressing fisheries subsidies; and others such as the need to consider negotiating issues such as e-commerce; investment facilitation etc.

The meeting was informed by country update notes, which captured the views of each EAC Member countries stakeholders. These included perspectives from business chambers of commerce; sector associations; government Ministries and Departments; civil society organizations; as well as academia and media stakeholders involved in international trade and related issues. The notes were complimented by an issue note highlighting issues of interest to small developing countries and Least Developed Countries (LDCs).

In the ensuing discussions, it was observed as follows:

Delegates specifically expressed their appreciation for the forum and especially the country update notes, as well as the WTO Issue note. It was observed that these are of great assistance not only to their present work (that covers wide issues) but also to their Capital based colleagues dealing on these matters. The notes have facilitated and enabled better briefing of relevant officials involved in the WTO negotiations and will no doubt be useful in the drive towards the negotiations in Buenos Aires. 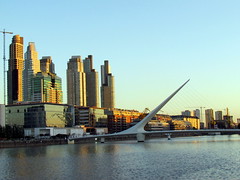 Towards MC11: A Synopsis of Small Developing Countries and LDCs Interests