Addressing Domestic Support Measures in the WTO: What is at Stake for East Africa?

Despite the huge potential for agriculture in the EAC, the region remains a net food importer relying on imports to sustain its population. Trade-distorting domestic support in agriculture remains a major challenge preventing the EAC from integrating in the world markets.

Agriculture is the backbone of the economy and growth in the East African Community (EAC). The sector accounts for 36% of the region’s GDP, and almost 60% of its total export income. In addition, 80% of the population in the five member countries rely on agro-business activities for their livelihood – most of them are small-scale farmers in rural areas.

Despite the huge potential for agriculture in the EAC, which is endowed with vast arable lands and water bodies suitable for agriculture, the region remains a net food importer relying on imports to sustain its population. Trade-distorting domestic support in agriculture remains a major challenge preventing EAC and other similarly situated countries from integrating in the world markets. Such support creates conditions of unfair competition on markets, hindering inter alia development and food security prospects of countries such as the EAC Members.

In the drive up to the next WTO Ministerial Conference of December 2017, addressing the long standing issue of Domestic Support measures in the Agriculture negotiations has been identified among the areas to be considered for decisions at the Conference.

It is from the above perspective that EAC Geneva Delegates to the WTO met to discuss stakeholders’ perspectives on domestic support measures in multilateral trade negotiations –especially in the upcoming WTO ministerial conference in Buenos Aires.

During the meeting highlights from country update notes (CUNs) based on stakeholders’ perspectives from EAC member countries, were presented. In the discussions, the following observations were made:

In general, delegates welcomed the EAC Forum initiative. They acknowledged the fact that Forum meetings appraise them with their respective national stakeholders’ perspectives, which facilitates them with a holistic approach on negotiations in the WTO.

At the end, it was proposed that the next Forum should discuss fisheries subsidies in the WTO agriculture negotiations, as the endangered marine life – as a result of illegal fishing- in the region is vital for the livelihood of many local people and the sustainability of environment. 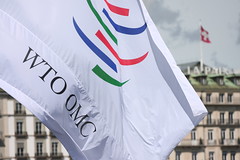 Domestic Support in Agriculture: Challenges and Opportunities for East Africa at the WTO