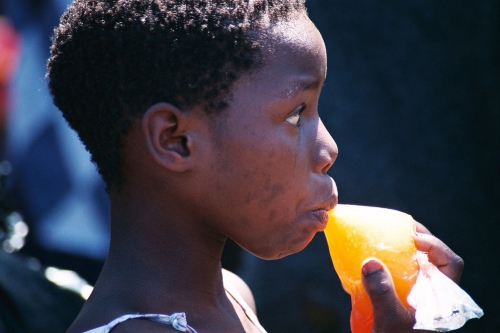 At the Nairobi 10th WTO Ministerial Conference this month, trade ministers reached a long-overdue decision that will eliminate export subsidies on agricultural products. This is a welcome step that will prevent future the use of such trade-distorting measures. But the bigger elephant in the room remains the all more difficult, unfinished negotiations on eliminating domestic subsidies which are far more important and harmful to producers in poor countries.

“It is the WTO’s most significant outcome on agriculture,” said Roberto Azevêdo, Director General of the WTO last week while closing the trade body’s 10th the ministerial conference which among other decisions agreed to eliminate agricultural export subsidies. “The decision you have taken today on export competition is truly extraordinary” he added, noting that it tackled once and for all the distortions that these subsidies cause in agriculture markets.

Nevertheless, global export subsidies had significantly fallen in recent years which has led some observers to note that the Nairobi decision can be understood as a commitment not to do something that most countries already stopped doing years ago. Although the European Union was the major farm export subsidiser when Doha negotiations started (€10 billion in 2000), its export subsidies were later drastically reduced while Switzerland, Norway, Canada and even developing countries like India and Turkey continued to provide this type of support. The decision accommodates some of their concerns, through a footnote granting an exception for processed products, dairy products, and swine meat not exported to LDCs until 2020.

As per last week’s ministerial decision, developed countries will immediately eliminate their remaining agricultural export subsidies, while developing countries and least developed countries will have until 2018 and 2030 respectively to do so. As an exception, the decision allows developing countries to use export subsidies for transport and marketing until 2023. Besides export subsidies, the decision eliminates other types of “export competition” support in agriculture related to state-trading enterprises, food aid, and export credits which had mainly been provided by the US, Canada, New Zealand and Australia.

Over the years, successfully redressing the subsidy-induced trade distortions which have left poor West African cotton producers outcompeted – many of them losing their livelihoods - has come to be seen as a sine qua none condition for Doha talks to pass the development test. In this regard, it can be noted that the Nairobi decision is the first to bind members to eliminate export subsidies on cotton, thereby partly responding to the long-time demand from the Cotton-4 countries. But here is the thing, it only partly addresses the issue.

On cotton as on the rest of the WTO’s agriculture agenda covering all products, the bigger elephant in the room remains the all more difficult, unfinished negotiations on eliminating domestic subsidies which are far more important and trade-distorting.

Indeed, it is not export competition but rather domestic subsidies which are most trade-distorting and harmful to farmers in the developing world. On the sidelines of the 10th WTO Ministerial Conference hold in his country, President Uhuru Kenyatta of Kenya recalled that “Trade rules in agriculture must be made fairer. Trade distorting domestic support is damaging African agriculture and industry.”

In the United States for instance, the new cotton subsidy programmes under the 2014 Farm Bill is expected to depress world cotton prices by 6.9 per cent thereby causing losses to farmers in Africa and India worth around USD 3.3 Billion per year.

As a way to appear less trade- distorting, the new farm bill cleverly replaced direct price and production support to US farmers by insurance-based subsidies which cover them at very high levels and are easily triggered. According to estimates, these very generous “Crop Insurance” programmes such as Price Loss Coverage (PLC), Agricultural Risk Coverage (ARC), Supplementary Coverage Option (SCO), Stacked Income Protection (STAX), and the new Dairy Margin Protection Programme (DMPP) will amount to about 90 USD Billion over the next decade.

“Trade rules in agriculture must be made fairer. Trade distorting domestic support is damaging African agriculture and industry.”

“Only the United States would be required to cut into current domestic support programs, while Members whose programs have grown exponentially since 2008 would make no meaningful contribution.” Said the US Ambassador Michael Punke in February this year, warning that preserving this “mind-boggling” imbalance would clearly fall short of any true effort to reform trade-distorting agricultural subsidies. “We view that as blood for water - or, blood for air - which is simply not an outcome that we could endorse,” he said.

In fact, some emerging economies like Brazil, India, China and Indonesia among others have now started to provide trade-distorting (non-green box) agricultural domestic support in the form of administered prices, input subsidies etc. This has led developed countries to demand that these members should also be required to cut their subsidies, which is not currently the case for developing countries. This request for “differentiation” among developing countries has been one of the key ingredients of the current deadlock in WTO talks.

Meanwhile, domestic subsidies from both developed and developing countries continue to harm producers in poor countries which do not have to means to maintain such support programmes.